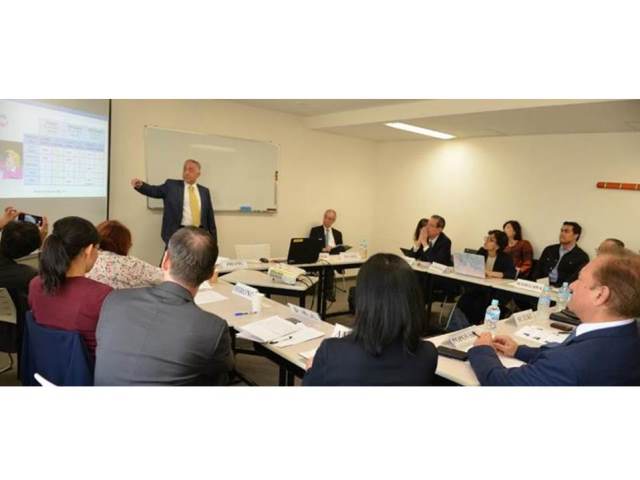 The moderator of the thematic session on the “Possibility for Constitutional Reform of the United Nations Charter,” Professor Takahiro SHINYO, Former Ambassador to the United Nations and Germany explained that the session was convened to examine the possibility for a fundamental reform of the UN. He then introduced the two presenters, Dr. S.M. SHAREI, Executive Director of the Center for United Nations Constitutional Research, Brussels, and Professor ZHANG Guihong, Director, Center for UN Studies, Fudan University, Shanghai. The moderator informed the participants that Dr. Vesselin POPOVSKI, Professor and Vice Dean, Jindal Global Law School, O.P. Jindal Global University, Haryana, India and Professor Sukehiro HASEGAWA, Executive Director for Academic Exchange, UN Association of Japan will comment on the presentations. Ms. Amishi AGRAWAL, University of Tokyo, acted as a rapporteur.

The first presenter – Dr. S.M. Sharei introduced the San Francisco Promise as reflected in Article 109 of the Charter and advocated a charter reform as the most viable method for reforming the UN. Further, based on Paragraph 3 of Art. 109, Sharei explained the legislative history, and argued on legal grounds that the P5 members of the Security Council by not upholding the “San Francisco Promise” of a Review are in breach of the UN Charter. (Please see below Article 109 of the UN Charter.) 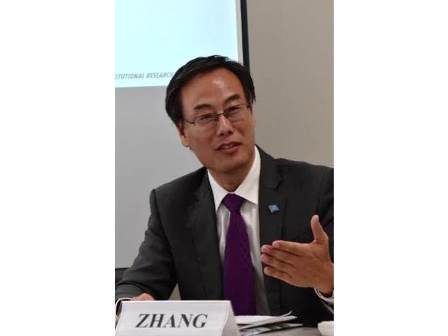 Next, Dr. Zhang proposed replacing the Trusteeship Council with the Human Rights Council or refurbishing it by giving it the mandate to coordinate global governance. The Trusteeship Council (TC) is one of six Charter organs. The TC has suspended its operations since 1994 when the last trust territory (Palau) became independence and joined the UN. There are two options to reform or transform the TC. Option one is to replace the TC by Human Rights Council (HRC). With the promotion of UN Secretary-General Kofi Annan, the human right has been one of the three pillars of the UN. Considering the importance of human rights and the status of HRC, it is better to upgrade the HRC from General Assembly to the Charter organ to replace TC which has finished its functions for 25 years. Option 2 is to transform the TC with new functions. Based on its universality, representativeness and authority, the UN is the best platform for the global governance of global commons, including Oceans, Polar Regions, cyber space, and outer space. Actually, UN has some kinds of institutions, treaties, resolutions as well as rules and norms, to govern global commons. But there is no Charter organ to lead and integrate these governances. The TC can take this responsibility after its transformation. 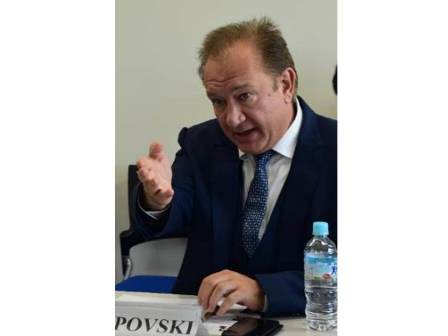 The first discussant, Dr. Popovski recommended remodeling the UN to respond to three existential threats – climate change, nuclear weapons and artificial intelligence. He strongly supported an Art. 109 charter review, as presented by Dr. Sharei, but if this appears difficult in short-term, he proposed elevating the Peace Building Commission into a Peace Building Council, and establishing and empowering a Global Environmental Agency, to unify the existing climate-related UN bodies. Popovski also appealed for a bigger role of the General Assembly in peace and security, in climate change and in selecting future Secretaries-General.

Finally, Dr. Hasegawa suggested amalgamating the Security Council with the current G-20, aimed at reconstituting the SC reflect the current power composition of the world. He explained it would give not only legitimacy to the G-20 group but also a realistic decision-making power to the Security Council of the United Nations that are needed in addressing and resolving the conflict. 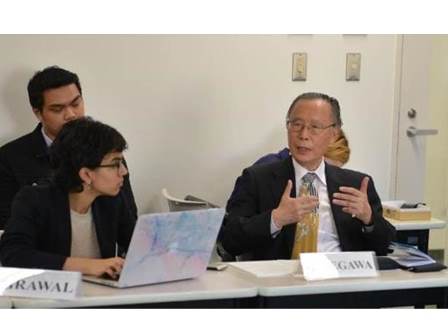 The participants then engaged in discussion, bringing up themes such as the past attempts for UN charter reform and the possibility of two actors – China and the civil society – playing a leading role in such attempts now. (Reported by Amishi AGRAWAL) 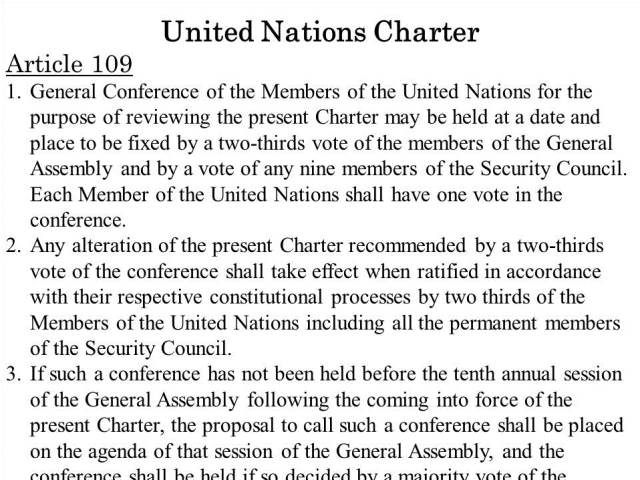