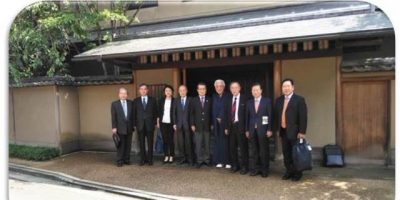 Grand Master Sen Zenshu held a demonstration tea ceremony and explained its significance including the basic philosophy of Sado based on its principle of four forms: “Wa, Kei, Sei, Jyaku”. He explained the philosophy developed by the founder of the way of tea, or chado, SEN no RIKYU (1522-91), who perfected the style of chanoyu based on the wabi aesthetic and elevated chanoyu into the way of tea aimed at purifying the atmosphere to harmonize the relationship between the host and guest. 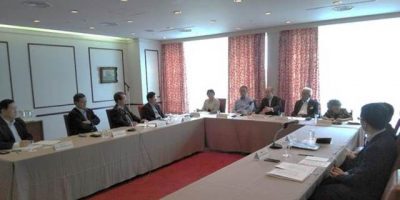 The event was hosted by President Genshitsu Sen, Urasenke Grand Master of Japanese Tea School, and participated by Vice President Yasushi AKASHI, Former UN Under-Secretary-General, Board Director Momoyo ISE, Executive Director for Academic Exchange Sukehiro Hasegawa, and Board Member and Vice President of Sophia University Miki SUGIMURA of UN Association of Japan. Also participated are Deputy Director-General Wang Ying and Program Officer You Bai Shun of UN Association of China; and Acting President and Ambassador Ho-Jin Lee, and three Vice Presidents of UN Association of the Republic of Korea, Former Ambassador to the Netherlands Jong-moo Choi, Vice, President of the Korea Institute for Maritime Strategy Seo-Hang Lee and Professor Heung-soon Park, Former President of the Korean Academic Council on the United Nations and Member of the Board of Academic Council on the UN System (ACUNS). 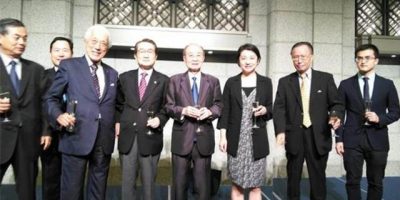 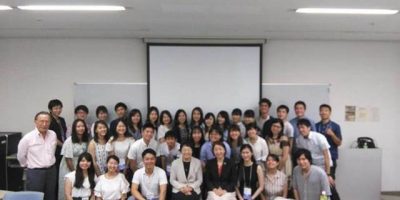 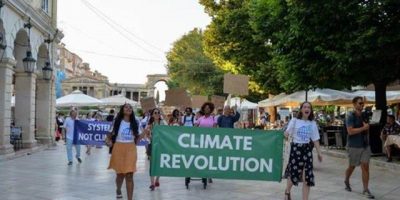 Following the 9-day training and meetings organized by the Center for UN Constitutional Research (CUNCR) in Brussels on the 19th and 20th of July, young activists held the conferences from the 22nd to the 26th first in Corfu and then in Epirus where parliamentarians and academics joined young activists in adopting the “Declaration of Epirus.” 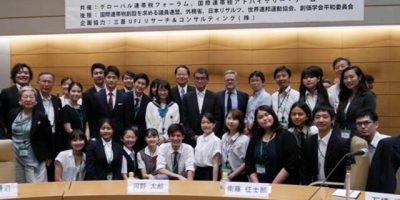 A symposium to discuss international solidarity levy was held at the international conference hall in the international conference hall of the First Building of the House of Representatives for which Mr. Matakana TAKEMOTA performed as the general master of ceremony. The symposium considered several measures to secure the necessary funds for achieving the Sustainable Development Goals (SDGs) set by the United Nations for 2030. The opening remarks by Chair Seishiro ETO and Vice Chair Ichirou AISAWA was followed by a commemorative speech by Professor Emeritus Hiroshi Kaneko. GPAJ President Sukehiro HASEGAWA, Secretary-General Masakuni TANIMOTO and Auditor Ken INOUE participated in the symposium. 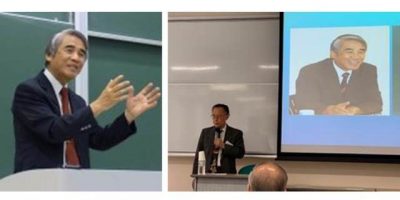 Statement of condolence read by Professor Sukehiro Hasegawa, Executive Director for Academic Exchange of the United Nations Association of Japan on June 29 at the meeting of the Japan Association of UN Scholars (JAUNS). Dr. Yokota came to Timor-Leste as a member of the United Nations Timor-Leste Serious Crimes Investigation Commission and advised me on how to treat mass killings and other serious crimes from the perspective of human rights. Also, he came to Hosei University almost every year and gave a lecture on human rights. The funeral was held in the chapel of the International Christian University in Mitaka from 18:00 on Sunday 16th. 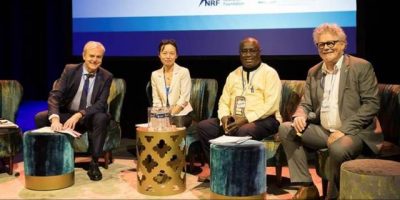 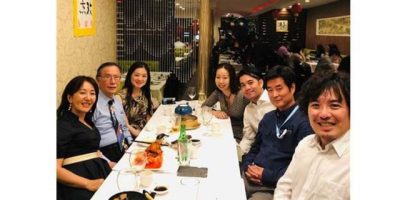 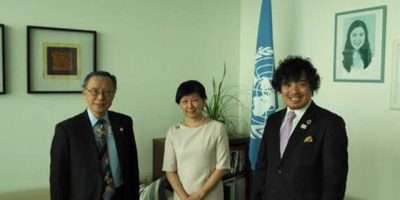 At the invitation of the Friends of the United Nations – Asia and the Pacific (FOUNAP), former Special Representative of Secretary-General Kofi Annan for Timor-Leste, Mr. Sukehiro Hasegawa, participated on 6 June in an interactive forum highlighting Japanese initiatives which promoted the Sustainable Development Goals. He then took the opportunity to make a courtesy call on United Nations Under-Secretary-General and High Representative for Disarmament Affairs, Ms. Izumi Nakamitsu on 7 June 2019. (Reported by Masakuni Tanimoto)