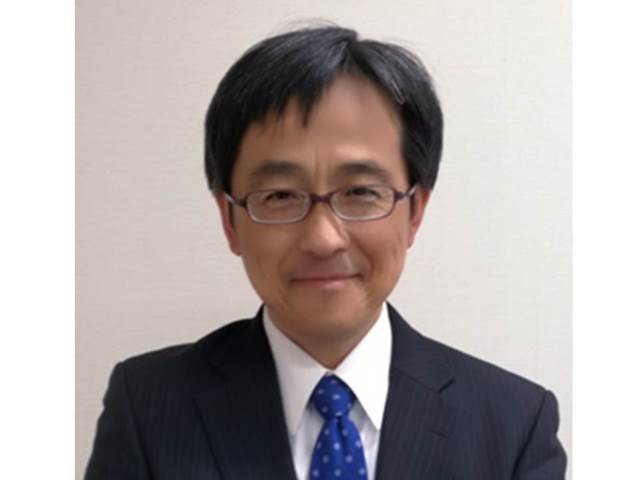 In a Post-Coronavirus World, Time to Consider a United Nations ParliamentaryAssembly and a World Federation
Kenichi Suzuki

Former U.K. Prime Minister Gordon Brown has been leading calls for the formation of a temporary global government to deal with the dual medical and economic threat posed to the international community by the new coronavirus pandemic. As Covid-19 rages around the globe, there is a limit to the response that can be achieved by individual countries in isolation and it is only natural to believe countries should work together to formulate a response. However, in reality, the ongoing confrontation between the United States and China has shifted from trade friction into arguments over the origins of the virus. This dispute has cast a shadow over discussions aimed at policy coordination that have been taking place in the United Nations Security Council and the World Health Organization.

Considering the circumstances in which the international community now finds itself, it may be time to reaffirm the need for a world federation, which was proposed over 70 years ago, most famously by Albert Einstein. This organization would be a reformed version of the United Nations, but there would be decisive differences between the two bodies. The world federation would be designed based on principles that would go beyond the Westphalian system under which all sovereign states are treated equal, something the United Nations has never managed to surpass, as well as transcending intergovernmentalism.

This article examines the case for establishing a World Parliament, as advocated by supporters of the World Federation Movement (WFM) and for creating a United Nations Parliamentary Assembly, which is slated to be the preliminary step towards this goal. Here, I focus on the activities of the International Parliamentary Union (IPU) and the International Conference of Asian Political Parties (ICAPP), international forums for discussion between parliamentarians from various countries, which could serve as potential precursors for this movement. I investigate the way in which these organizations operate, and consider ways by which a UNPA can be formed, while working toward the ultimate aim of forming a World Parliament.

A World Parliament and a United Nations Parliamentary Assembly
The World Parliament formed under a world federation structure would be a bicameral one, consisting of a National Assembly and a People’s Assembly. The former would be made up of representatives from the governments of member countries. The latter would be made up of representatives directly elected from the citizens of member countries and is a concept that has not been realized to date.

A campaign led by the WFM calling for establishment of a UNPA has been underway since 2007. The United Nations already has its General Assembly, so what, you may ask, is the point of aiming to establish a UN Parliamentary Assembly. I believe it is essential to have a supranational perspective when tackling global issues, including measures to deal with infectious diseases. However, at the United Nations, which is based on the Westphalian system, member states engage in decision-making by prioritizing their national interest when voting, even if that means damaging the interests of other countries.

Moreover, the United Nations is an intergovernmental forum, a gathering of government representatives from member countries and various administrative organizations. It does not have the check function of a parliament. This makes it is difficult for minority opinions to be reflected in UN discussions and decision-making.

The road toward establishment of a UNPA
The WFM envisages that it will be necessary to move forward in stages to establish a World Parliament that will be the embodiment of parliamentarianism. The first step will be to propose the establishment of a UNPA with an advisory function, either based on Article 22 of the UN Charter or on a newly-established multilateral treaty. The UNPA will be composed of lawmakers from the ruling and opposition parties of member countries. Voting in the UNPA will take place through secret ballots etc., preventing lawmakers appointed to the body from being forced to follow the national interests of their respective countries and decision-making will take place based on internationalist principles. Over the long-term, the aim is to revise Article 109 of the UN Charter to allow evolution of the UNPA into a legislative body that will appoint its members through direct elections participated in by people around the world: a World Parliament.

Inter-Parliamentary Union (IPU)
The IPU was formed in 1889 as an international organization of parliamentarians aimed at fostering peaceful resolution of disputes. It has developed into an international federation for the parliaments of 179 countries around the world. The main activities of the IPU are strengthening the parliamentary functions of legislatures in member countries to ensure that they are capable of checking the executive branch of government in their respective nations, sharing experiences in order to improve the monitoring ability of member government’s diplomatic activities and engaging in discussion of relevant issues.

IPU has gained observer status at the UN General Assembly and this has deepened its ties with the United Nations. However, the organization has no ambitions to monitor the activities of the UN from a neutral standpoint. The main focus of its activities remains on increasing the ability of member legislatures to monitor their own governments.

International Conference of Asian Political Parties (ICAPP)
The ICAPP was formed in 2000 by former Speaker of the Philippines House of Representatives José de Venecia and others with the aim of enhancing regional cooperation in Asia through the independent actions of political parties. Participating parties are not restricted in terms of ideology and may be from ruling or opposition camps. The organization is open to any political party, provided that it has gained a certain number of seats in its national legislature.

Internationalism can be defined as a philosophy that, while recognizing the existence of independent nation states and ethnic cultures, aims to overcome their differences and promote cooperation between them, thereby promoting peaceful coexistence. If we view the various organizations from this perspective, it is clear that the three existing bodies, UNGA, IPU and ICAPP, endeavour to achieve cooperation between different countries and ethnicities to the degree that it does not damage the sovereign rights of various nations. Meanwhile, the UNPA and the world parliament use a model that introduces a secret balloting system which will enable decision-making to be carried out from a position that emphasizes the interests of the world as a whole.

Parliamentarianism can be defined as a political system in which the ultimate decision-making in the nation takes place in a parliament that represents the people. From this perspective, while the UN General Assembly is connected to the IPU, it does not have its own organization to carry out this purpose. Meanwhile IPU and the ICAPP, of course, function based on parliamentarianism. Both the UNPA and the world parliament are attempts to introduce and strengthen the parliamentary function, which the UN does not possess.

Proposal for establishing a UNPA
I would like to make the following proposal to the governments and political parties, in both ruling and opposition, of Asian nations.

1) Use the observer status of the IPU at the UN General Assembly to strengthen the United Nations’ monitoring function.

2) Since the ICAPP has the potential to become a forerunner for a future UNPA, aim to increase the number of cooperating political parties who actively participate in ICAPP meetings with an eye toward founding a UNPA.

3) If the ICAPP’s request to obtain observer status at the UN is debated at the UN General Assembly, vote in favour of the motion.

4) If a proposal to establish a UNPA is submitted to the UN General Assembly in accordance with Article 22 of the UN Charter, vote in favour.

5) If a multilateral treaty relating to the establishment of the UNPA is proposed by countries instrumental in the campaign for the UNPA, support this movement.

Conclusion
As countries around the globe struggle to combat the new coronavirus pandemic, there is an urgent need for nation states to work together in handling this issue. Over 70 years ago, Albert Einstein and others developed the concept of a world federation as a remedy for dealing with such problems. In the midst of our fight against the evil of the new coronavirus, we have an opportunity to look to the future and deepen discussions toward forming a UN Parliamentary Assembly, then after that a world parliament and ultimately a world federation. Such a structure will transcend the Westphalian system of government to foster unity and cooperation between countries.