To commemorate the end of the War, Ambassadors of Germany and France, Dr Hans Carl von Werthern and Dr. Laurent PIC held a symposium on 5th November 2018 to discuss the war and its lessons for today’s politics. This symposium was organized by Professor Sven Saaler of Sofia University and Professor Franck Michelin of Teikyo University. 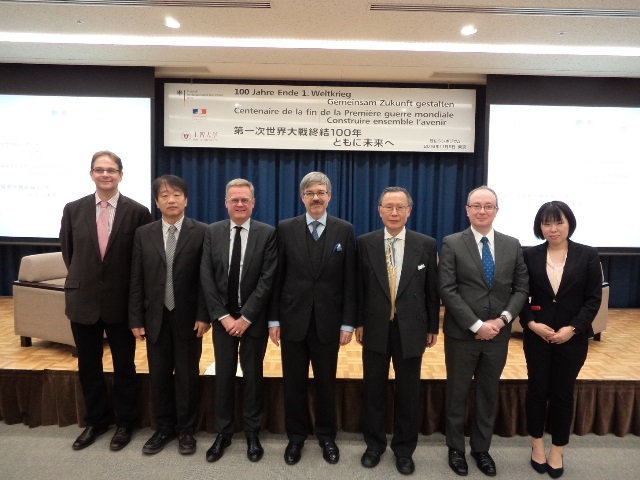 Speakers at the German-French Symposium

The announcement made by the Embassies of Germany and France mentioned November 2018 marked the 100th anniversary of the end of the First World War. The conflict which is sometimes called the “seminal catastrophe” of the 20st century, shaped world politics for decades. Today, a century later, the face of Europe has changed dramatically: the reconciliation between the former enemies, France and Germany, has led to a strong partnership and a deep friendship, to the benefit of all Europe. 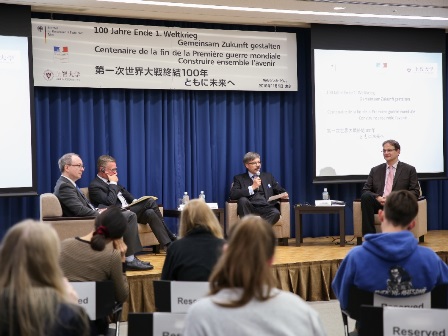 To commemorate the end of the War, the Embassies of Germany and France in cooperation with Sophia University organized a symposium on 5th November 2018 to discuss the war and its lessons for today’s politics. In presence of the Ambassadors of France and Germany, the discussion included international academic experts and high school students from the French and the German schools in Tokyo/Yokohama, who shared their views of history and French-German relations. Students from Sophia University and other Japanese universities also attended the event and participated in discussions. The multilingual symposium was held in German, French and Japanese with simultaneous translation. 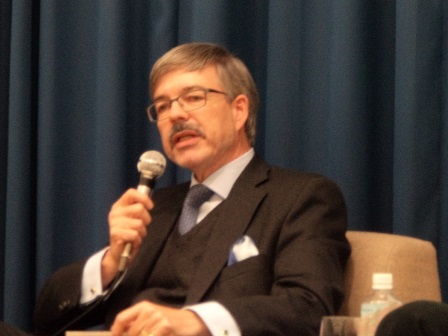 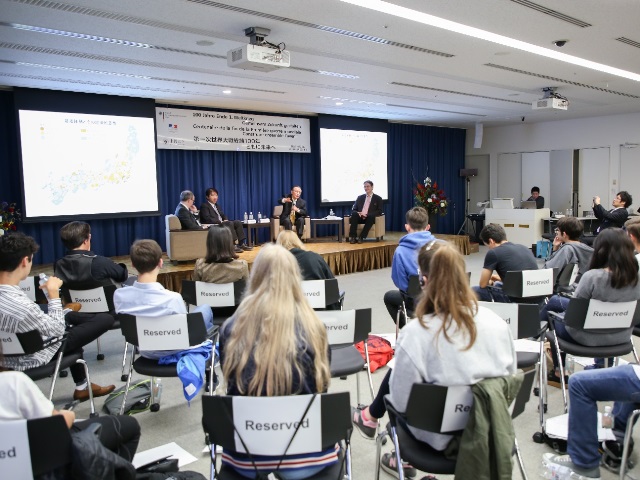 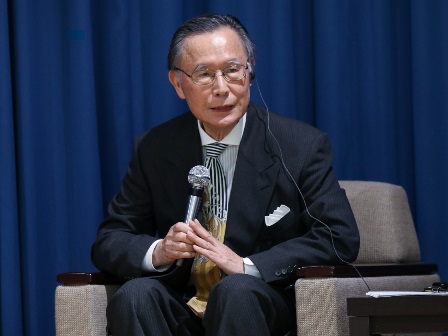 Professor Hasegawa explained the establishmend to the League of Nations which was proposed by then President Woodrow Wilson of the United States in his 14 Points Declaration. It meant that conflicts should be prevented in the concept of collective security rather than military alliances. 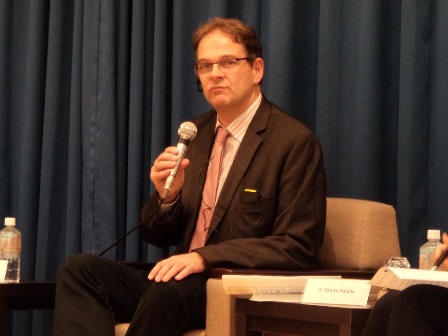