Trump commended the Secretary General for trying to focus more on people and less on bureaucracy in order to regain the trust of the people around the world.

According to AP report quoted by the Japan Times in its September 19, 207 edition, President Donald Trump used his United Nations debut on Monday to prod the international organization to cut its bloated bureaucracy and sharpen its ill-defined mission. But he pledged U.S. support for the world body he had excoriated as a candidate, and his criticisms were more restrained than in years past.

The president urged the U.N. to focus “more on people and less on bureaucracy” and to change “business as usual and not be beholden to ways of the past which were not working.” He also suggested the U.S. was paying more than its fair share to keep the New York-based world body operational.

New York Times reported on its September 19 edition that “It was a good day for Nikki Haley” and Lt. Gen. H. R. McMaster, the president’s national security adviser, said Bruce Jones, a scholar at the Brookings Institution. “They pulled off an effective alignment between Trump’s priorities — namely better burden sharing — and U.N. reform.”

Encouraged by President Trump`s endorsement, SG António Guterres asserted in his report issued on 27 September that it was essential to shift the management paradigm in the United Nations and indicated the principles that should guide current and future management reform efforts of the United Nations. 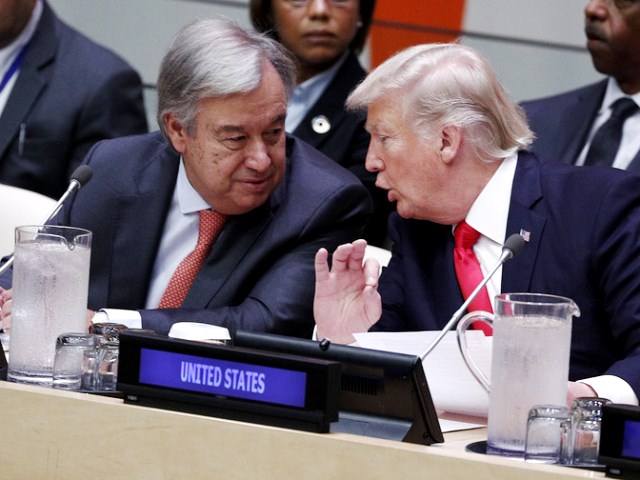 The following is the summary of the Report of the Secretary-General shown in UN General Assembly document A/72/492 dated 27 September 2017.

The present report on management reforms of the United Nations Secretariat is central to my reform agenda. It provides an indication of the principles that will guide current and future management reform efforts.

From consultations I have undertaken since assuming office, I have clearly heard that we are affected by slow, unresponsive service delivery; fragmentation in management structures; micro-management by the governing bodies; a trust deficit with Member States and with staff; inadequate resourcing of and ineffective implementation of mandates; and a lack of transparency and accountability.

I am suggesting a new management paradigm that will empower managers to determine how best to use their resources to support programme delivery and mandate implementation. This will also mean transferring greater responsibility to managers and holding them accountable for the programme and financial performance of their programmes. It will not be a blanket delegation, but based on a careful consideration of the capacities of managers to receive greater delegation of authority and their abilities to properly execute it.

I am also suggesting a transformation of the Organization, based on sound management principles, which will make the United Nations more nimble, effective, transparent, accountable, efficient, pragmatic and decentralized to better support its normative and operational activities and will implement my ambitious reform agenda.

I am making three main reform proposals in this regard. First, I am proposing measures to streamline and improve the planning and budgeting processes. Budgets should support better decision-making and better reflect the link between resource use and programme delivery. Second, I am delegating managerial authority to programme managers and demanding greater accountability from them for mandate delivery. Third, I am proposing changes to the management and support structures to better support delivery of programmes and provide managers with quality assurance and strategic policy guidance.

The overarching objectives are to decentralize by bringing decision-making closer to the point of delivery; trusting and empowering managers; ensuring greater accountability and transparency; reducing duplicative structures and overlapping mandates; increasing support for the field and reforming the planning and budgetary processes.