The Advisory Board on Mediation includes Jean-Marie Guéhenno (France) had served as the UN Under-Secretary-General for Peacekeeping Operations and Noeleen Heyzer (Singapore) had served as Executive Secretary of the UN Economic and Social Commission for Asia and the Pacific (ESCAP) and as Executive Director of the United Nations Development Fund for Women (UNIFEM). 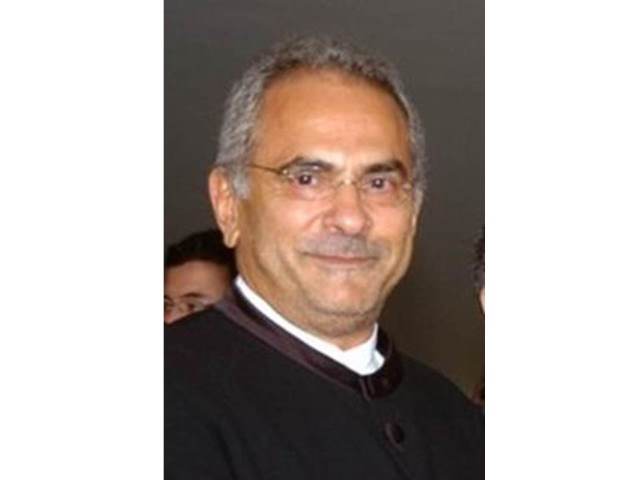 The Secretary-General met on 18 September 2017 with former President Jose Ramos-Horta who is now Minister of State and Advisor on National Security of the Democratic Republic of Timor-Leste and congratulated him on the conduct of successful presidential and parliamentary elections this year. They discussed developments in Timor-Leste and cooperation in the region.

The Secretary-General had earlier appointed José Ramos-Horta as one of the 18 members of the High-Level Advisory Board on Mediation. The Board is composed of the following 18 persons:

Ms. Bachelet is serving a second, non-consecutive, term as President of Chile. She is the former – and first – Executive Director of UN Women. A long-time champion of women’s rights, Ms. Bachelet has a history of dynamic global leadership, highly-honed political skills and a recognized ability to create consensus. Prior to assuming the Presidency for the first time in 2006, she served as Minister of Defence and Minister of Health. She holds a medical degree, and also studied military strategy at Chile’s National Academy of Strategy and Policy.

Ms. Coomaraswamy is an internationally recognized lawyer and human rights advocate with a long history of work with the United Nations and in Sri Lanka. She is a former Chairperson of the Sri Lankan Human Rights Commission and is a currently a member of the Constitutional Council. From 1994-2003 Ms. Coomaraswamy was UN Special Rapporteur on Violence against Women, and between 2006-2012 Special Representative of the Secretary-General for Children and Armed Conflict. During 2014 and 2015 she was the lead author of the Global Study on implementation of UN Security Council resolution 1325.

A 2011 Nobel Peace Laureate, Ms. Gbowee is a peace activist, trained social worker, and women’s rights advocate. Her leadership of the Women of Liberia Mass Action for Peace brought together Christian and Muslim women in a nonviolent movement that played a pivotal role in ending Liberia’s civil war in 2003. Ms. Gbowee is the founder and current President of the Gbowee Peace Foundation Africa, founder of the Liberia Reconciliation Initiative and co-founder and former Executive Director of Women in Peacebuilding Network/West Africa Network for Peacebuilding (WIPNET/WANEP).

A former French diplomat, Mr. Guéhenno served as the UN Under-Secretary-General for Peacekeeping Operations between 2000 and 2008. In 2012 he chaired President François Hollande’s review of France’s defence and national security posture, before being appointed Deputy Joint Special Envoy for Syria by the United Nations and the Arab League. Mr. Guéhenno has been President of the International Crisis Group, an independent organization working to prevent wars and shape policies to build a more peaceful world, since 2014. He was previously director of Columbia University’s Center for International Conflict Resolution.

Ms. Halonen was President of Finland from 2000-2012, the first woman to hold the post. Her successful political career – she was both Minister of Foreign Affairs (1995-2000) and Minister of Justice (1990-1991) before becoming President – followed her early experience as a trade union lawyer and was characterised by her dedication to human rights and challenges related to globalisation. Ms. Halonen is a member of the Council of Women World Leaders, a network of current and former women prime ministers and presidents whose primary goal is to draw on the experience of its members to support women’s full participation and representation in the political process at the highest levels.

Mr. Harland has been Executive Director of the Centre for Humanitarian Dialogue, a private diplomacy organization with its headquarters in Geneva, Switzerland, that works globally to help prevent, mitigate or resolve armed conflicts through dialogue and mediation. Mr. Harland previously worked for the United Nations, including in Bosnia, Kosovo, Haiti and Timor-Leste, and has served as the Chair of the World Economic Forum conflict prevention council.

Ms. Heyzer is a Member of the Board of Trustees of the National University of Singapore (2013-present) as well as Distinguished Fellow at the Singapore Management University and S. Rajaratnam School of International Studies, Singapore (2016-present). She served, from 2007-2014, as Executive Secretary of the UN Economic and Social Commission for Asia and the Pacific (ESCAP) and, from 1994-2007, as Executive Director of the United Nations Development Fund for Women (UNIFEM). During this twenty year period she transformed UNIFEM from a small body to a leading entity in women’s empowerment and gender equality and strengthened the capacity of ESCAP to support the countries of the region. From 2013-2015, Ms. Heyzer was the then Secretary-General’s Special Adviser for Timor-Leste to support peacebuilding and sustainable development.

Mr. Judeh is a member of the Jordanian Senate and the Former Deputy Prime Minister and Minister of Foreign Affairs and Expatriates of Jordan, a position he held between 2009 and 2017. An early career in media and communications led to positions as Government Spokesman and then, between 2007-2009, Minister of State for Media Affairs and Communication. Mr. Judeh has worked diligently and passionately during his term in office in the pursuit of peace between Palestinians and Israelis, as well as advancing efforts towards a political solution in Syria. In December 2012, Mr. Judeh was named as a member of the Arab diplomatic delegation, headed by Arab League chief Nabil al-Arabi, which addressed the political conflict between the Palestinian National Authority and Israel.

Mr. Lamamra was Minister of Foreign Affairs of the Republic of Algeria between 2013 and 2017 and in that capacity played a prominent role in regional mediation efforts, including leading them in Mali. Previously, Mr. Lamamra was elected and served as the African Union’s Commissioner for Peace and Security from 2008 -2013. As Commissioner he oversaw and led a period of increasing engagement by the African Union in mediation efforts, and helped forge a deepening partnership with the United Nations. Mr. Lamamra has also served as his country’s Permanent Representative to the United Nations and Ambassador to the United States.

Ms. Machel is a former freedom fighter, the first Minister of Education of Mozambique (1975-1989), and an international advocate for women’s and children’s rights. In 1994, the then Secretary-General appointed her to lead an assessment of the impact of armed conflict on children; the resulting report still resonates today. Ms. Machel was, with her husband Nelson Mandela, a founding member of The Elders. She also founded the Graça Machel Trust and was a Member of the UN High-Level Panel on the Post-2015 Development Agenda. As a member of the AU Panel of Eminent African Personalities, Ms. Machel played a critical role in the mediation of the crisis following Kenya’s December 2007 elections.

Ms. Migiro is High Commissioner of Tanzania to the United Kingdom. She previously served, between 2007 -2012, as the third Deputy Secretary-General of the United Nations, in which capacity she championed the UN’s fight against poverty through effort to meet the Millennium Development Goals and achieve greater coherence its support to member states through the implementation of the “Delivering as one” strategy. She also oversaw the reform process which led to the establishment of UNWOMEN. As Foreign Minister of Tanzania between 2006-2007, Ms. Migiro spearheaded Tanzanian engagement in the pursuit of peace, security and development in the Great Lakes Region, notably in her capacity as Chair of the Council of Ministers meetings in the International Conference of the Great Lakes Region.

During a decorated political career, Mr. Natalegawa served as Minister of Foreign Affairs of Indonesia (2009 -2014), Permanent Representative to the UN and Ambassador to the United Kingdom and Ireland, consistently championing the value of Indonesian diplomacy in high-level forums. Previously, he had held the position of Director General for ASEAN Cooperation, in which capacity he took part in an intensive effort to promote the idea of an ASEAN Community. Mr. Natalegawa served as Member of the Secretary-General’s High-Level Panel on Global Response to Health Crises (2015) and is currently a member of the Board of Trustees of the International Crisis Group, and a Distinguished Fellow of the Asia Policy Institute.

Mr. Obasanjo is one of the most distinguished elder statesmen of Africa. He served as President of the Republic of Nigeria from 1999 to 2007, and before that as the Head of the Federal Military Government of Nigeria and Commander-in-Chief of the Nigerian Armed Forces from 1976 to 1979. Over his long career, Mr. Obasanjo has been involved in numerous international mediation efforts, including in Angola, Burundi, Mozambique, Namibia and South Africa. In 2008 he was appointed the UN Secretary-General’s Special Envoy on the Great Lakes region.

Ms. Otunbayeva is former President of Kyrgyzstan. In 1991 she became both Foreign Minister and Deputy Prime Minister of the newly independent country. She served as foreign minister three times (1991, 1994-1997, 2005). She worked for the United Nations as Deputy Special Representative of the Secretary-General in Georgia (2002-2004). She was elected to parliament in 2007, and served as President between 2010 and 2011 – Central Asia’s first woman leader. She is currently a Member of the Club de Madrid, the Board of Trustees of the International Crisis Group, and the Board of the UN University for Peace, among other affiliations.

Ms. Pierre-Louis was Prime Minister and Minister of Justice and Public Security of Haiti from September 2008 to November 2009. Her appointment followed many years as a dedicated advocate for education, access to information and culture. In 1995 she became Executive Director of the Knowledge and Freedom Foundation (FOKAL); upon leaving office in 2009 she returned to FOKAL as president and coordinated post-earthquake reconstruction projects. In 2014, she was appointed by the then Secretary-General to his High-Level Panel on Technology Bank for Least Developed Countries.

A Nobel laureate, journalist and promoter of independence for Timor-Leste for thirty years, Mr. Ramos-Horta served as Foreign Minister, Prime Minister and Head of State of the newly independent Timor-Leste. Upon leaving office, he served as the Secretary-General’s Special Representative and Head of the United Nations Integrated Peacebuilding Office in Guinea-Bissau (UNIOGBIS). In October 2014 he was appointed Chair of the then Secretary-General’s High-Level Independent Panel on Peace Operations.

Mr. Rosenthal has held senior positions in the Guatemalan Government – he was Minister of Planning and Foreign Minister between 1969-1974 and 2006-2008, respectively – and with the United Nations. He was the Executive Secretary of the Economic Commission for Latin America and the Caribbean (ECLAC) from 1989-1997 and has since been Permanent Representative of Guatemala to the United Nations twice (1999-2004, 2008-2014), heading his delegation in the Security Council during 2012-2013. In January 2015 the then Secretary-General nominated Mr. Rosenthal as a member of the Advisory Group of Experts on the Review of the Peacebuilding Architecture.

The Right Reverend Justin Welby has been Archbishop of Canterbury and leader of the Anglican Communion since 2013. He is a former Bishop of Durham, Dean of Liverpool and Canon of Coventry Cathedral, who joined the Church of England after an early career in the oil industry. Archbishop Welby has long blended deep devotion to his parish communities with Church work around the world, especially in areas of conflict. In his inaugural sermon he evoked the courage to face up to the work of reconciliation, and he has since identified reconciliation as one of the three priority areas for his ministry.