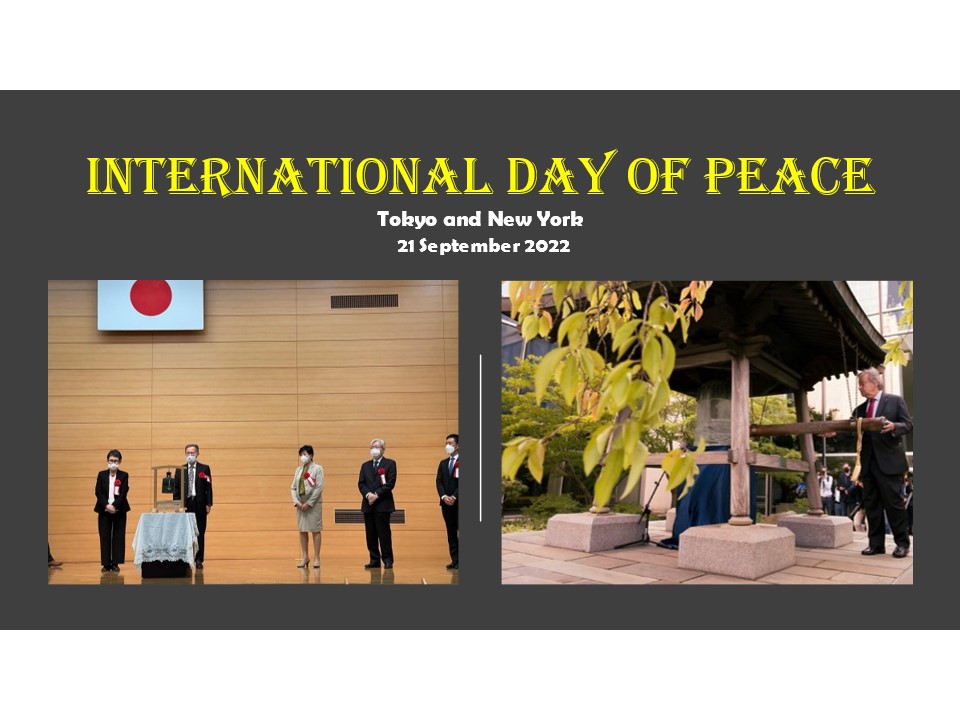 Along with the other guests were Ambassador YAMAMOTO, Special Representative of the Secretary-General (SRSG) for Afghanistan (2010-2012). Mr. Naobumi YOKOTA, Director of the Policy Planning Division of the Ministry of Foreign Affairs of Japan. Ms. Seiko TAKASE, Representative Director of the Association for the Preservation of the UN Peace Bell participated. Mr. Masakuni TANIMOTO acted as the master of ceremony.

Earlier on 16 September, the International Day of Peace was observed at UN Headquarters in New York. Secretary-General António Guterres said:

“Racism continues to poison institutions, social structures, and everyday life in every society. It continues to be a driver of persistent inequality. And it continues to deny people their fundamental human rights. It destabilizes societies, undermines democracies, erodes the legitimacy of governments, and… the linkages between racism and gender inequality are unmistakable.” 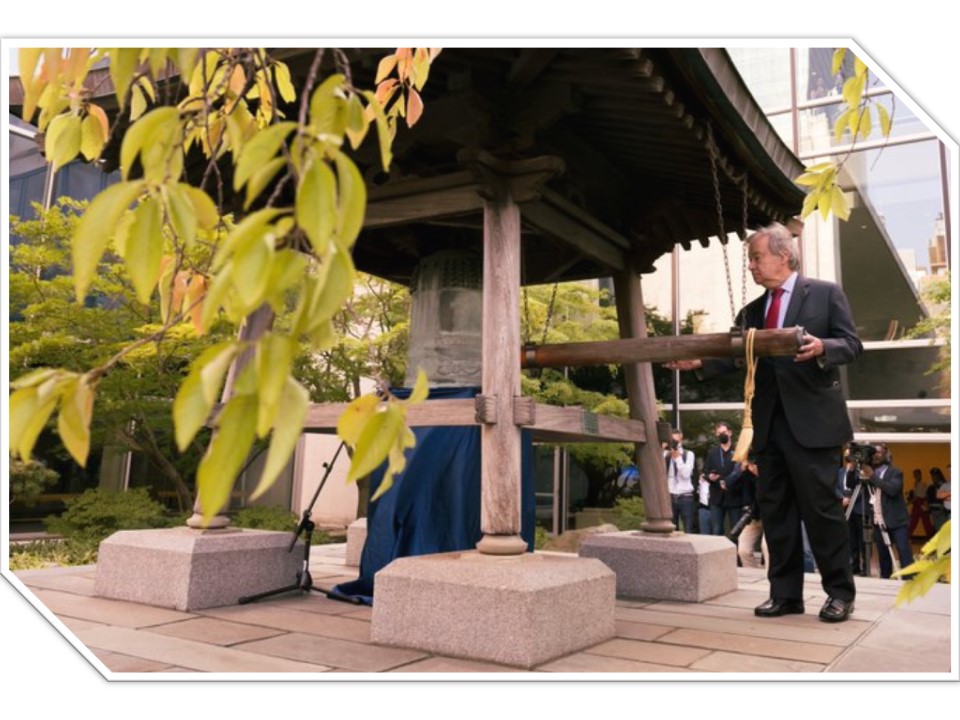 The International Day of Peace was established in 1981 by the United Nations General Assembly. Two decades later, in 2001, the General Assembly unanimously voted to designate the Day as a period of non-violence and cease-fire. But achieving true peace entails much more than laying down arms. It requires the building of societies where all members feel that they can flourish. It involves creating a world in which people are treated equally, regardless of their race. As Professor Hasegawa said at ceremony in Tokyo, peace requires the spirit of harmony that respects and harmonizes the differences among people regardless of their backgrounds.