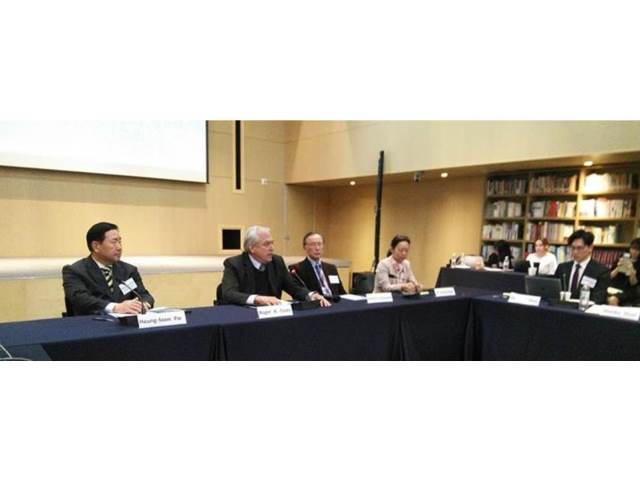 Professor Roger Coats, Chair of ACUNS, and three other ACUNS officials briefed the participants from the Korean Academic Council on the UN System (KACUNS), China Academic Network on the UN System (CANUNS) and Japanese Association of United Nations Studies (JAUNS) on the developments related to ACUNS that are of interest to the East Asian countries.

Professor Heung Soon Park, Chair of the Membership Committee, explained steps taken to increase the members of ACUNS and also the proposal to lower the membership fee to $70 per annum for those in developing countries. Professor Ai Kihara-Hunt, Chair of the Partnership Committee, indicated the steps were being taken to enhance its partnership with members institutions including the academic associations of East Asian countries.