Mr. Masakuni TANIMOTO opened the Tokyo Peacebuilding Forum 2019. He then asked the participants to join him in paying tribute to Madame Sadako OGATA who had passed away. He then showed two video messages received from Nobel Peace Prize Winner President Jose Ramos-Horta and Mr. Domenec DeVessa of Spain, member of the European Parliament. 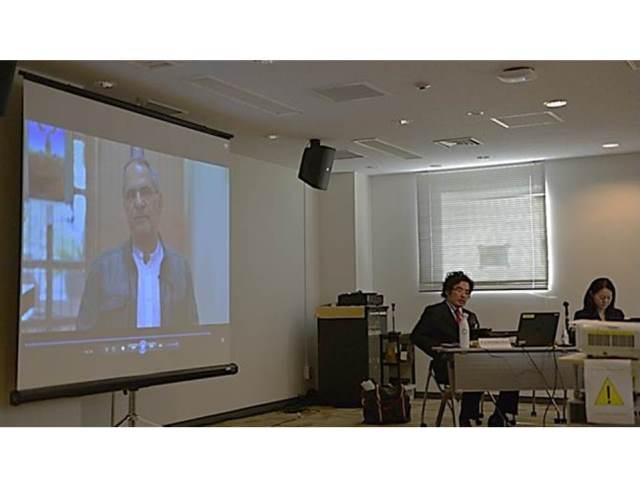 In his video message, the 1996 Nobel Prize Laureate and Former President of Timor-Leste José Ramos-Horta expressed his concern that the United Nations had been sidelined and unable to mobilize international good will and discharge its responsibilities in addressing humanitarian and security crises. The solutions to these challenges, he suggested, could be found only when the major powers get together, enhance their mutual understanding, build bridges and achieve consensus in order to address the global challenges.

However, he said it would not be realistic to expect the major powers to get gather and mobilize international efforts jointly. President Ramos-Horta then mentioned as good news that a small country of Timor-Leste had achieved best relationship with neighboring countries of Australia as well as Indonesia which has achieved the consolidation of democracy. ASEAN was becoming a strong regional institution fostering peace and stability in the region.

In a second video message, Mr. Domenec DeVessa of Spain, member of the European Parliament, referred to the need for more multilateral regional approach in dealing with transnational issues such as climate change, migrations, digitalization and inequality. He also referred to the need for improving the capacity of the United Nations to deal with global issues.

He found it desirable to carry out a constitutional reform of the United Nations with a view to guarding the efficacy of federalist movement which had made possible the integration of the European countries. In particular, Mr. DeVessa expressed his view that a United Nations Parliamentary Assembly should be established as Europe had created the EU Parliament.