Guest Speaker Professor Sukehiro Hasegawa interacted with a group of about 35 students and scholars of the ICU in Mitaka City, a northern part of the metropolitan Tokyo. 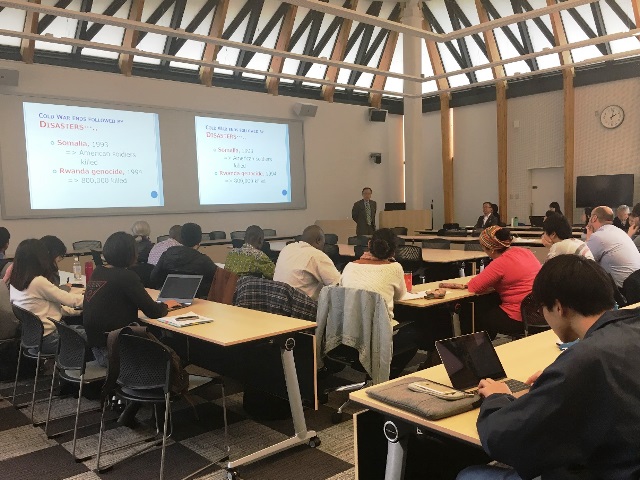 Thank you very much, Ambassador Motohide Yoshikawa, for your kind introduction. Today, I am pleased to share with you and the participants of this seminar the changing nature of conflicts that have caused challenges to nations and the world. In this first session, I will ascertain the challenges faced by four respective Secretary-General of the United Nations from Boutros Boutros-Ghali to António Guterres. In the second session, I will discuss the implications of key issues facing the United Nations in addressing the challenges. I will make my understanding based on not only my academic study of peacekeeping and peacebuilding doctrines but also personal experiences in Cambodia, Somalia, Rwanda and Timor-Leste. 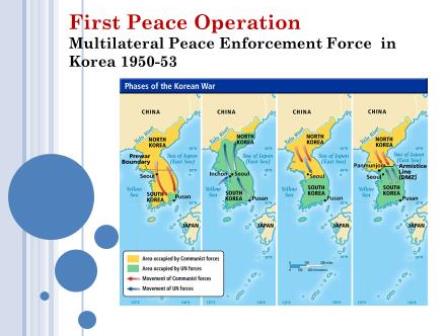 One of the first peacekeeping operations started after the outbreak of the Korean War in 1950. The United States took a lead in the establishment of the United Nations Command (UNC) in the Korean Peninsula by passing a Security Council resolution in the absence of Soviet delegation in July 7, 1950. The Security Council then recommended that the members of the United Nations extend security assistance to the South Korean state as may be necessary to repel the attack and restore peace and security to the area. The Security Council requested that the United States to designate the commander of such forces and authorized the commander to use the flag of the United Nations at his discretion in the course of operations against North Korean forces. After the armistice agreement was reached between the United Nations Command and the Chinese-North Korean Command in July 1953, the Military Armistice Commission (MAC), consisting of representatives of the two signatories, was set up to supervise the implementation of the armistice terms and the Neutral Nations Supervisory Commission (NNSC) to monitor the armistice’s restrictions on the parties’ reinforcing or rearming themselves.

The United Nations had earlier engaged in establishing the UN Truce Supervision Organization in the Goran Highs in 1948 and the UN Monitoring and Observation Group in India and Pakistan in 1949. These organizations the UN established gradually constituted the valuable presence of military observers to “keep peace” between warring states during the period of more than 40 years. With the end of the Cold War, there was enormous expectation for the emergence of permanent peace. Yet, this expectation turned out to be a mere wish to ordinary people who underestimated human nature particularly greed and grievance that constitute root causes of conflicts. 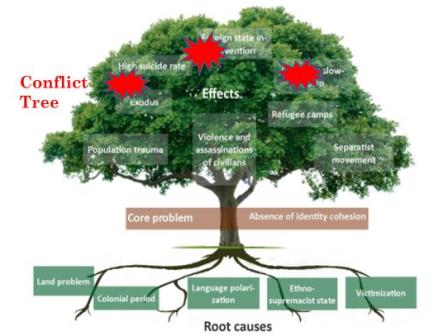 Now, I would like to examine with you how the direct and immediate causes of conflicts changed as the nature of wars and armed conflicts changed from inter-state to intra-state civil conflicts in the post-Cold War period and then to conflicts with foreign state interventions in recent years.

In identifying the root causes of conflicts, it is worth noting two prominent theoreticians, Donald Horowitz and Samuel Huntington, who emphasized ethnic and civilizational divides. Horowitz pointed out “Ethnic conflict is a worldwide phenomenon,” in his The Deadly Ethnic Riot, 2000, while Huntington warned about the clash of civilizations. 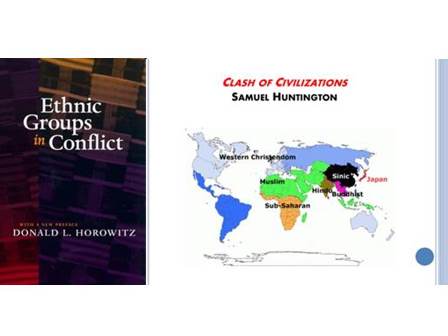 In my view, however, the root causes of conflicts are not just ethnic and civilizational divide but the mentality and mindset of leaders who exploit the differences in pursuit and maintenance of their power and wealth.

It is significant to note here the findings of the Uppsala Conflict Data Program (UCDP) which had been carried out by the department of Peace and Conflict Research of Uppsala University and the Centre for the Study of Civil War at the Peace Research Institute Oslo (PRIO). UCDP produced an informative dataset of armed conflicts of armed conflicts that occurred during the period from 1946 to 2016.

As already mentioned, the collapse of the Soviet Union and the end of the Cold War generated enormous expectation for peace and stability to emerge in the world. Yet, intra-state conflicts and civil wars erupted in many parts of newly independent countries caused by exploitation of ethnic differences and rivalries by national and local political leaders who wanted to gain and keep power. Major setbacks were encountered by the United Nations when American soldiers were dragged on street and killed in Somalia in 1993 and nearly one million Tutsi and moderate-Hutu were slaughtered in Rwanda in 1994. I recall walking on dead bodies during his assignment as the Resident Coordinator of the United Nations in Rwanda from 1995 to 1996. 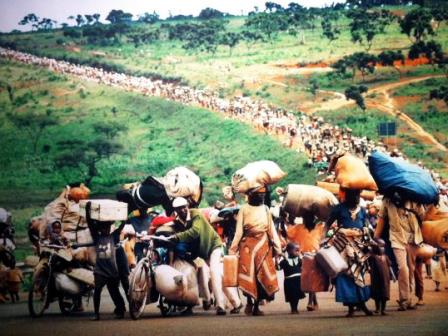 I will now ascertain how the Secretaries-General dealt with changes in the nature of conflict and adapted their approaches through four generations of UN peacekeeping and peacebuilding missions. First generation peacekeeping missions were tasked to support ceasefires and buffer zones by inter-positioning themselves between warring states and observe and reporting their findings to the Security Council. The second generation operations aimed at not only managing humanitarian but also developments needs. 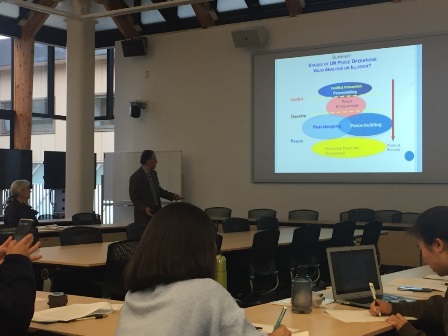 The third-generation activities went further and aimed at conflict transformation in order to build sustainable peace by engaging in state institution capacity building. This approach was advocated by such scholars as Michael Doyle, Oliver Richmond and Roland Paris. 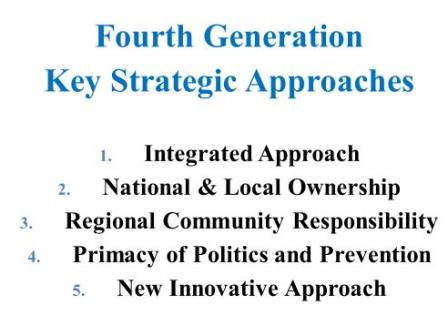 The fourth generation activities adopted an integration of all components – political, security, humanitarian and development. It emphasized the importance of national and local ownership, meaning that the regional, national and community leaders must assume their responsibility. Furthermore, the primacy of politics and prevention of conflicts were regarded of critical importance.

The fundamental principles of UN peacekeeping operations have also been changed. UN peacekeepers were now authorized to use weapons in defense of not only themselves but also mandate. It meant that they could not be robust in the use of weapons in guarding civilians if the Security Council considers imperative to do so for the protection of civilians (POC). 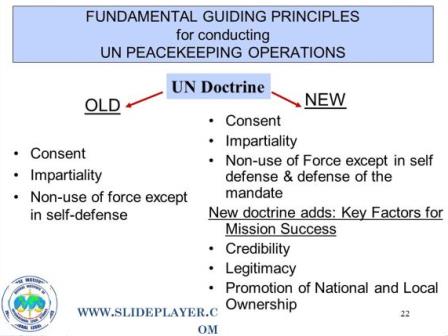 In terms of the institutional and structural changes, all four Secretaries-General since the 1990`s found the need for organizational changes for integrating security, humanitarian and development activities. Boutros Boutros-Ghali was the first one to call for integration in his Agenda for Peace and Development issued in 1992 and 1994. Kofi Annan vigorously pursued institutional integration in the field. 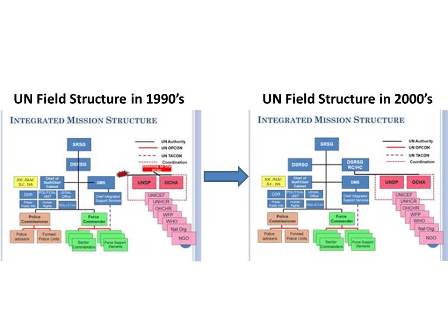 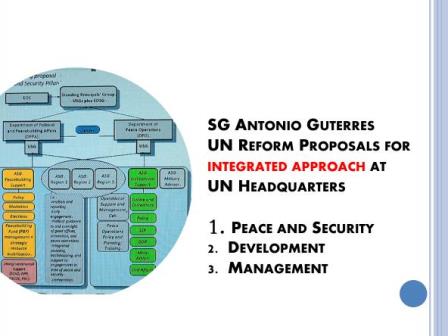 In my view, Secretary-General from Boutros Boutros-Ghali to António Guterres had to improvise their approaches and modify the doctrine governing UN peace operations. They modified the norms and standards of operations as conflict prone and post-conflict societies need humanitarian assistance, recovery and reconstruction, and protection of human rights. The paradigm shifted, they recognized the fragility of state as the operational challenges to overcome with Capstone Doctrine and New Horizon.

As new threats intensified with the rise of extremist groups embracing religious and cultural and political orientation in the 2010`s, Ban Ki-moon established a HIPPO Commission headed by former President José Ramos-Horta with whom I worked closely in East Timor. HIPPO rightly recognized the primacy of politics in addressing the root causes of conflict and finding sustainable conflict resolution. Secretary-General António Guterres is now putting the HIPPO recommendations into practice.

It is important that we should also understand the underlying philosophical and political theories explaining how we can in fact bring about peace and stability in society. In terms of political development, after the collapse of the Soviet Union, the international community perceived it as a triumph of liberal democracy. When I was the Resident Coordinators of the United Nations and the Special Representative of the Secretary-General during the 1990`s and 2000`s, I accepted the theoretical approach advocated by Immanuel Kant and John Rawls and vigorously promoted the democratization of post-conflict countries in order to achieve “Perpetual Peace” and a just society. 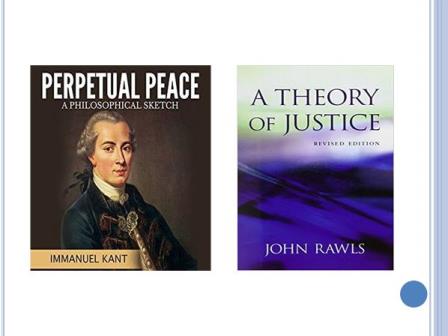 We preached democracy and human rights as the foundation for peace and prosperity. Seven freedoms identified by UNDP constituted human rights. Sovereign power of people must be exercised through elections to choose and govern their leaders, etc.

Yet, we tended to underestimate the strength of human motivations or insatiable desire for personal power and wealth in determining the behaviors and conducts of leaders. Therefore, its is essential that apart from organizational and systemic structure of society, we should also understand what constitute the most power motivators of human being by understand the nature of human being. Peace and development cannot be generated or imposed by outsiders. I therefore advocate “autonomous peace” instead of “heteronomous peace” that is peace engineered by outsiders.

I am more optimistic now about the prospect for development in Asia, Africa and Latin America because the people of these areas are demanding their leaders to commit themselves more for development of their countries. More national leaders are indeed more committed to development. It is reflected in the difference in how the goals of MDGs and SDGs had been set. As you know the Millennium Development Goals were established basically be technocrats of OECD and the United Nations, while the Sustainable Development Goals were identified by the leaders of developing countries, SBY of Indonesia and Ellen Johnson Sirlief of Liberia acting as co-chairs of the SDG Commission and Emilia Pires who is a small lady standing at the right side of the front row in the picture. 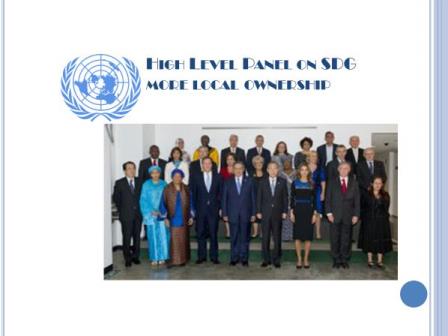 Finally, I touch upon the need to come up with new solutions to address newly emerging problems. The refugee law, non-refoulement is a central principle that govern the obligation of States not to force the return of refugees to their places where they would be threatened. While this principle should be kept as a humanitarian and moral obligation, we should also address the root causes of conflicts. 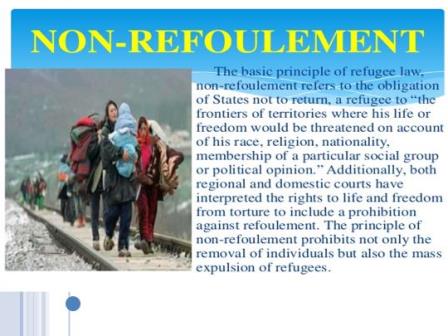 The root causes of conflicts are not only national and regional but also global. It`s global in nature and scale. Just as Japan transformed itself from the community of 260 independent daimyos or clans under the hegemony of Tokugawa Shoguns into a nation that no longer was ruled by a small group of samurais, the world needs to transform from the current independent nation states into a global community of people with equal rights. In other words, as Boutros-Ghali said in his third Agenda for Democratization, the world needed to become more democratic. To achieve such a global society, as Einstein say, we need to exercise our imagination as we cannot solve our problems with the same kind of thinking we had when we created the problems. 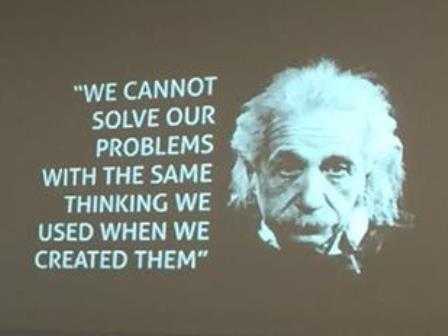 At the end of my presentation, some of the participants made comments and asked questions. Among them, Ms. Elizabeth Gamarra from Peru asked about the significance of Rawls` notion of the veil of ignorance in achieving a just society. Hasegawa responded that scholars like Rawls provided unique insight into understanding peace from a selfless point of view. Despite he is highly criticized by critical race scholars, Rawls takes into consideration the power dynamics often in place when decisions were made in politics and communities.