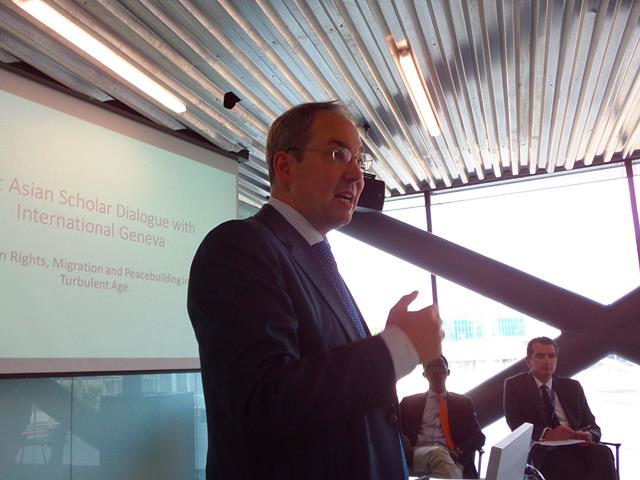 Achim Wennmann first presented his views on SG Guterres` UN Reform process, including reorganization of the peace and security sector and the peacebuilding architecture. He proposed to discuss the concept of peacebuilding out of the post-conflict context and include all stages of conflict as well as the concept of sustaining peace, stressing the importance of mediation of conflict parties. 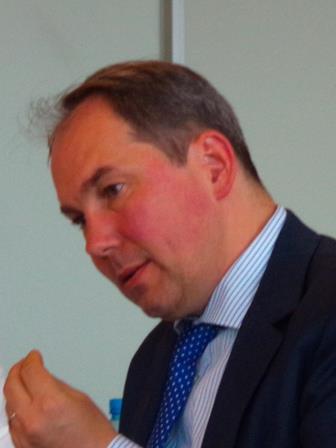 Three emerging trends were then identified in conflict and peacebuilding that included first the need to address all stakeholders in subnational micro-type negotiations. Colombia was an example. Wennmann identified as the second one the shift of conflict area to battle city, meaning the urbanization of conflict. Thirdly, changing actors. Diplomats are no longer the sole negotiators. Many started to act diplomatically. The business group in Kenya have proved effective because they had access. Also, Chinese companies and investors are now playing their role. Wennmann also identified organized criminals and elicit global business of crime posing delicate and sensitive elements in violence and stability. In conclusion, he said the key was not to label the actors as “good and bad” and engage with them to produce positive result of reducing violence, noting conflict was growing faster than solutions. 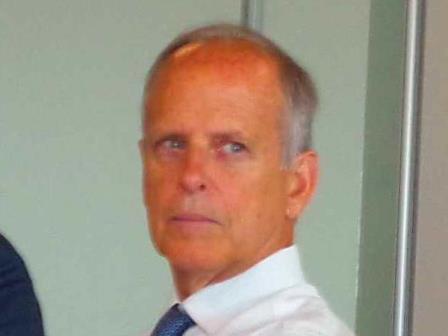 Robert Watkins presented first an overview of the activities of the Center for Conflict, Development and Peacebuilding (CCDP) at GIIDS, and then on the project that he is collaborating on. The project looks at Chinese, Japanese, and Russian approaches to Peacebuilding and how the norms of peacebuilding are evolving. He talked about how the current peacebuilding architecture was formed largely by Western countries, particularly the US and UK, after WWII. It is an approach centred on liberal democracy, rule of law, and human rights and has been perpetuated essentially from the top down. Increasingly, however, as new powers are evolving and taking on a more active peacebuilding role in international relations, there appears to be more of a bottom up approach whereby the values of those powers are reshaping traditional peacebuilding concepts and practices.

East Asian countries such as Japan and China appear to be having an impact in world peacebuilding, even though their approaches, and that of Russia, are quite different. They do not necessarily reject the traditional approach to peacebuilding, but those values are prioritized differently, with more emphasis on economic development and political stabilisation. In many ways this reflects the changes which are underway in each country. 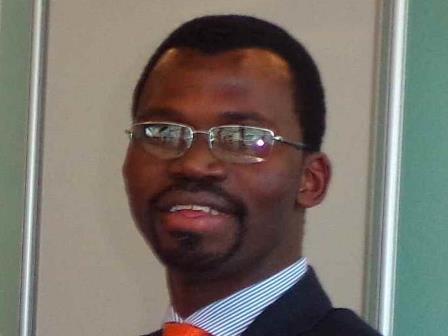 Delidji Eric Degila explained the changing nature of African political architecture and found it critical to focus on modern African states to understand security challenges on the continent. He mentioned historical legacy such as colonization, the Berlin conference (1884) and the Balkanization of Africa. Citing Cote d’Ivoire as an example, he mentioned the identity aspect as a key element to understand African conflictuality. However, he underlined it critically important to look at the whole picture and to understand how conflict dynamics works in Africa by focusing on their multifactorial dimensions.

Degila also underlined horizontal inequalities as key variables to understand conflict dynamics within the continent and identified four horizontal inequalities: economic, social, political and cultural factors for peace and conflict. He stressed the need to go beyond national level. Internationalization of internal conflict is common in Africa. Identify has become critical as seen in the case of Cote d’Ivoire. ‘Warrier normadism’ which creates a real “system of conflict”. Finally, he identified several elements for sustaining peace. They included (1) reinforcement of good governance and modern state apparatus; (2) designing and implementing sustainable development; (3) integration, beyond an institutional perspective; (4) reinforcing sub-regional organizations and (5) silencing the Guns designed in the framework of the AU Agenda 2063. 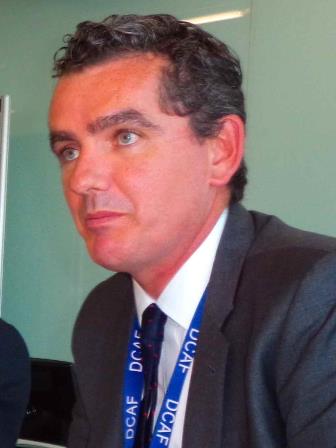 Mark Downes stressed that an effective and accountable security and justice sector represented the foundation on which political, social and economic development takes place. If states are to break the cycle wherein insecurity, under-development and criminalization were mutually reinforcing; then security and development issues needed to be tackled in tandem.

The achievement of MDGs requires recognition of the security-development nexus. DCAF works with i) providers of security and justice, ii) those how manage those services (like line Ministries) and iii) those that hold providers to account (parliament, human rights organizations, civil society and the media) to support efforts to make the security and justice sector more effective and accountable. Hard lessons have be learned over the last few decades of what happens when the capacity of security actors is built without the requisite governance safeguards. Security Sector Governance and Reform (SSG/R) puts the emphasis on the system of governance that holds the security and justice sector to account. As such, SSG/R is highly political as well as technical, it goes to the heart of sovereignty and the allocation of resources – so it cannot be tackled by purely technical mans.

Following the presentations by four speakers, there discussants made comments and several participants made observations and questions. 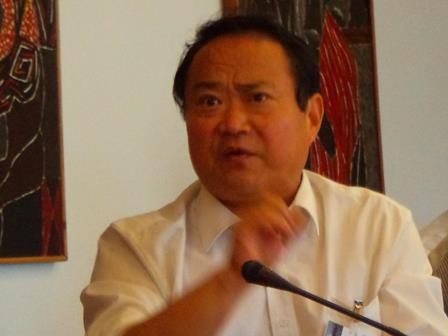 Professor SHENG Hongsheng, of Shanghai University of Political Science and Law, Director, the Judicial Research Institute of the Supreme People’s Court of China, and former Team Leader of the Military Observers of MONUC, explained that without sustainable peace there would no sustainable development. Sustainable development could be hierarchical and with priorities. They need to understand the concept of sustainable development in Asia and in the Western World. In China, it means to provide basic needs, while in Western countries, it is a far longer term perspective. They need to consider the special features when discussing the issues such as peace, security, development. 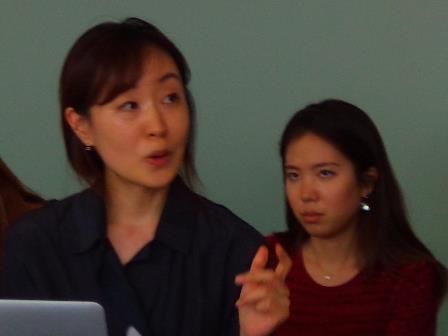 Dr. Sijeong Lim, Assistant Professor, the University of Amsterdam noted that it is not common to hear about sustainable development and peace building at the same time. They need more dialogue and a common framework to engage in a productive dialogue. She also reminded about the importance of a locally constructed solution rather than at the international level.

Following the comments by the three discussants, Robert Atkins there were very different approaches toward peace building and a different prioritization from China, Japan, Russia on one side, the West on another. However, the issues go hand by hand.

Djeli was noted that the African Union wants to push for a very inclusive approach of peace. The link between promotion peace and development is intertwined. He then discussed normative frameworks linked to peace and security. One of the key challenges for African countries was to strengthen state apparatus. Considering inequalities, if a state is not able to provide for basic needs, that state is therefore producing inequalities. In Cote d’Ivoire, if the state promotes only the cultural traditions of the north of the country for the national day, it produces feelings of injustice, which can fuel conflict dynamics.

Downes said that he could not foresee an expansion of the UN mandate in Colombia. However, if we are to learn the lessons from previous peace agreements, one of the main reasons of progress has been the establishment of robust systems to monitor the implementation of security commitments.

Wennmann found it interesting to look how governments tactically make use of the UN for their interests. On the issue of sustainable peace and development, the issue of space must be tackled. Most of the issues take place in cities. In most cities in the world, people live in communities, particularly middle class and wealthy people. On the procedural and distributional aspects, he would focus on place, space and time: place the specific configuration; space the structural configuration; how it is reconfigured over time. It is interesting how much work of architects exist and has never been considered by people working on peace building. 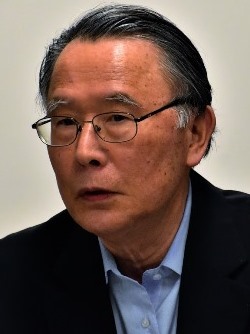 Hasegawa observed that the vision of peace in Europe follows the principles of Kant in his essay on perpetual peace and it has been followed almost as a Bible. Kant and Rawls emphasized that what is just and right must prevail over its consequences. In the East, peace is an accommodation of different groups with different understandings to coexist and respect each other. The UN is pushing now both identity and diversity, while in China and Japan emphasize was placed on the responsibility of governments and people for the community. He asked how these conflicting ideas can be reconciled.

Djeli said he would like to expand the dichotomy West-East to the South. In the local communities, when a dispute occurred, the parties would traditionally gather around the oldest man to find a settlement. The idea of peace is not unique to the West. Any idea of peace must include foremost the local people. Peace is related to people and the nature of the political framework of the place where they live, whether it is a state, a kingdom, a clan.

Wennmann explained that he frequently asked what peace building is. He declared that peace building is not only Western. The practice to building peace goes way back to talks, palabres and victory. If one wants to build an economy, then he needs ports, roads, institutions, rights, stock exchange, money. The terminology around the architecture for peace is useful because it is about understanding the management of peace without recourse to violence. When people gather under a tree, it reconnects to the idea of space. This is a cross-cultural understanding. He would be very cautious about playing the game of East-West-South oppositions. One has to deal with his neighbour. It leads to the conceptualization of the other.

Atkins mentioned that cultural differences were very real but everybody wanted to have justice, freedom, human rights. It is about how to prioritize the dimensions. All actors have been engaged in peace building within the context of post-Cold War, but as more non-western actors are involved, they will bring their own values with them and it will have an impact. Peace building is not a static process. Concerning more robust peace building, means more resources: more financial support, more human resources, etc.

Wennmann concluded the discussion by thanking all for their valuable contributions.