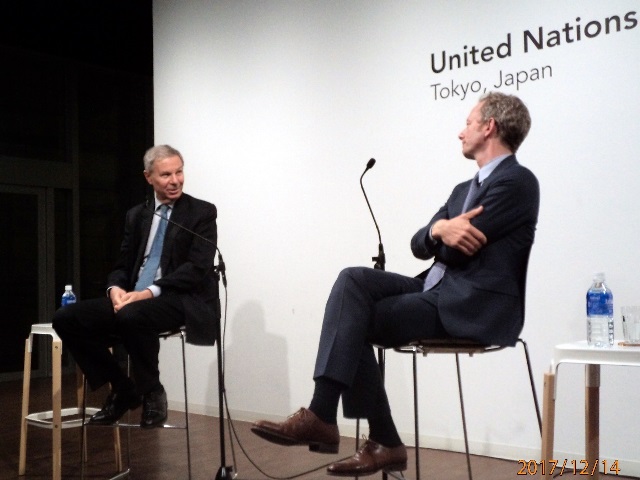 Speaking to the host, Mr. Sebastian von Einsiedel, and about 60 lecturers, students and other participants from research institutions and non-governmental organizations based in Japan, Mr. Jean-Marie Guéhenno, former Under-Secretary-General for UN Peacekeeping Operations spoke about the proliferation and emergence of new conflicts that are transnational in nature and caused by radical non-state “spoilers” who exploited local grievances. Guéhenno also touched upon the changing geopolitical landscape and the high human cost of regional conflict such as the proxy war in Syria.

In response to questions, Guéhenno said the prospect for SG António Guterres` proposal for the consolidation of the UN Peace and Security Pillar was a good idea and its success depended on the quality and attitude of senior management staff. He found a grey area in conflict zone where there was no war or no peace. The UN, he agreed with HIPPO, should not get engaged in counter terrorism operations, although a quick reaction force should help peacekeeping missions. Guéhenno thought Japan should continue to show its flag in supporting UN peace operations.