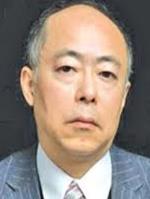 ・Attorney (Special Counsel) at IWATAGODO (April 2020-) ・Retired from the Government services (March 2020) ・Ambassador for International Judicial Cooperation at the Ministry of Foreign Affairs of Japan seconded from the Supreme Public Prosecutors Office/Ministry of Justice (2018-20). ・Chair of the Board of Directors of the Trust Fund for Victims at the International Criminal Court (2012-18). ・United Nations international judge of the Supreme Court Chamber at Cambodia Khmer Rouge Trials (UNAKRT/ECCC, 2006-2012). ・prosecutor in Japan (1985-1996) ・professor at the Research & Training Institute of the Ministry of Justice (1996-2000) ・counsel at the Office of the General Counsel of the Asian Development Bank (2000-2004) ・professor at UNAFEI (2004-2012) ・attorney at the Ministry of Foreign Affairs International Legal Affairs Bureau (2004-2014) ・Director of International Cooperation Department of the Research & Training Institute (2012-2014) ・prosecutor at the Supreme Public Prosecutors Office, Appeals Divison (2014-2018)