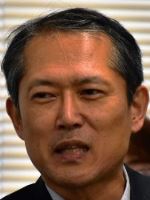 Activities in the Association

・He joined daily the Asahi Shimbun, and based as its bureau chief in Hanoi, Vietnam from 1992~1994 and its correspondent in Washington D.C. during the Clinton years. After spending time as a visiting scholar at the East-West Center in Honolulu, and at the Chinese Institute of Contemporary International Relations in Beijing in 2003, he was assigned to its New York bureau chief to cover the UN before becoming a member of the editorial board of the paper in 2007.

・M.A. from the Paul Nitze School of Advanced International Relations of the Johns Hopkins University